PACE rapporteurs concerned about the situation of lawyers in Turkey

By The Arrested Lawyers Initiative on 22 September 2020

Strasbourg, 22.09.2020 – Rapporteurs from the Parliamentary Assembly of the Council of Europe (PACE) have expressed their concern over the situation of lawyers in Turkey after a series of worrying developments – including last week’s decision of the Turkish Court of Cassation to uphold heavy prison sentences against 14 lawyers* from the Progressive Lawyers’ Association involved in “terrorism-related” cases or cases deemed sensitive.

“Lawyers should not be criminalised for exercising their profession, or convicted on dubious charges,” said Alexandra Louis (France, ALDE), PACE’s General Rapporteur on the situation of human rights defenders in Council of Europe member states, and the two co-rapporteurs for the monitoring of Turkey, Thomas Hammarberg (Sweden, SOC) and John Howell (United Kingdom, CE/DA).

“We have already expressed our shock and sadness at the death in detention of one of these lawyers, Ebru Timtik, who paid the ultimate price for her quest to ensure a fair trial.” “The Turkish justice system must respect the European Convention on Human Rights and rule of law standards. Lawyers play a key role in the implementation of these standards, and the effective administration of justice. They must therefore be able to exercise their profession independently and safely,”

said the rapporteurs, pointing to a recent report by PACE’s Legal Affairs Committee on this topic. 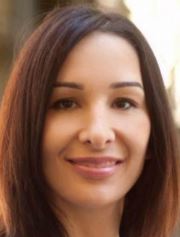 Ms Louis also pointed to other recent developments in Turkey, including the arrest of 47 lawyers on 11 September and searches of their offices, as well as the prosecutions of over 1500 lawyers since July 2016. “These actions do not help to create the proper conditions for lawyers to work. Once again, I call on the Turkish authorities to put an end to all forms of reprisals against lawyers, including judicial harassment and arbitrary detention,” she said.

Mr Hammarberg and Mr Howell added that the adoption of the Law on Bar Associations in July 2020, without proper consultation, was “another step which could jeopardise the position of lawyers in the Turkish justice system”, pointing out that the Monitoring Committee had therefore requested a Venice Commission opinion on the law. “We shall continue to follow the situation of lawyers in Turkey at our forthcoming meetings, and we stand ready to explore, together with the Turkish authorities, how the Council of Europe can engage in meaningful dialogue to improve the situation of lawyers in Turkey.”